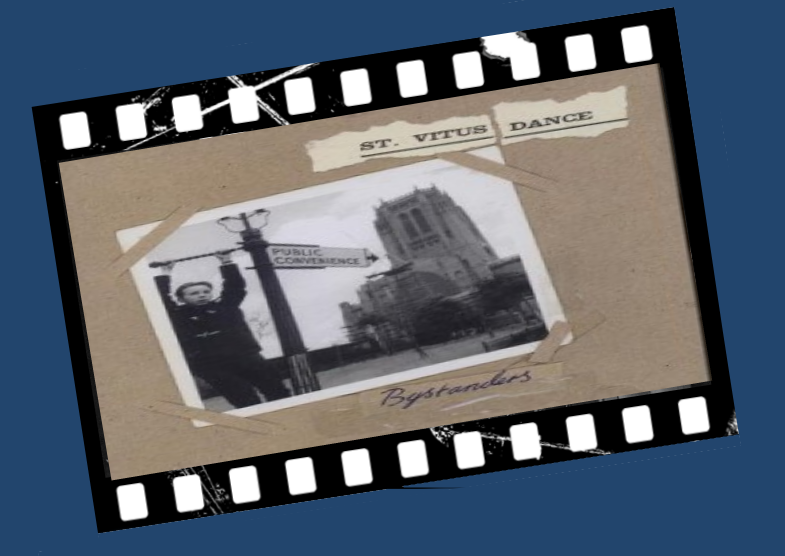 Belfast band St. Vitus Dance fell together sometime in the summer of 1981. Marked out from the beginning by their own brand of sixties-tinged, intelligent pop the band were a bright spot on an otherwise largely dour landscape. The band went through a few personnel changes and several years of activity on the increasingly healthy local scene which culminated in the album Love Me Love My Dogma which was released on the Liverpool based Probe Plus label in 1987. No angry political diatribes here, rather a wryly humorous series of reflections on the lesser documented side of life in the Belfast of that time. Tales of late night taxi ranks, down at heel bars, and a rocky outcrop high above the city bearing a strong resemblance to Bonaparte in profile. The album was critically well received and the band migrated across the pond where a year of infrequent gigs and poverty finally did for them. In May 2005 a reconstituted St. Vitus Dance (including most of the Dogma era line-up as well as a long lost veteran of the band’s very first incarnation) accepted an invitation to perform at Belfast—s Cathedral Quarter Arts Festival with the legendary Bid (Monochrome Set/Scarlet—s Well). The night was something of a triumph and coincided with the first ever CD release of Love Me Love My Dogma. Another sell-out gig at the Crescent Arts Centre followed before the end of that year and encouraged by public response band also began writing, rehearsing and recording the songs which have now been brought together on the album Glypotheque (Probe Plus). The band recently celebrated both the 20th anniversary of Love Me Love My Dogma and the launch of Glypotheque with a gig at Belfast’s Black Box Theatre. The album was officially released on 7th April, 2008. Four years later (July 2012) and we witness the release of the next album in the series ‘Bystanders’ which was launched in the salubrious Dockers’ Club, Belfast when the band shared the stage with The Monochrome Set. Watch this space for further developments.